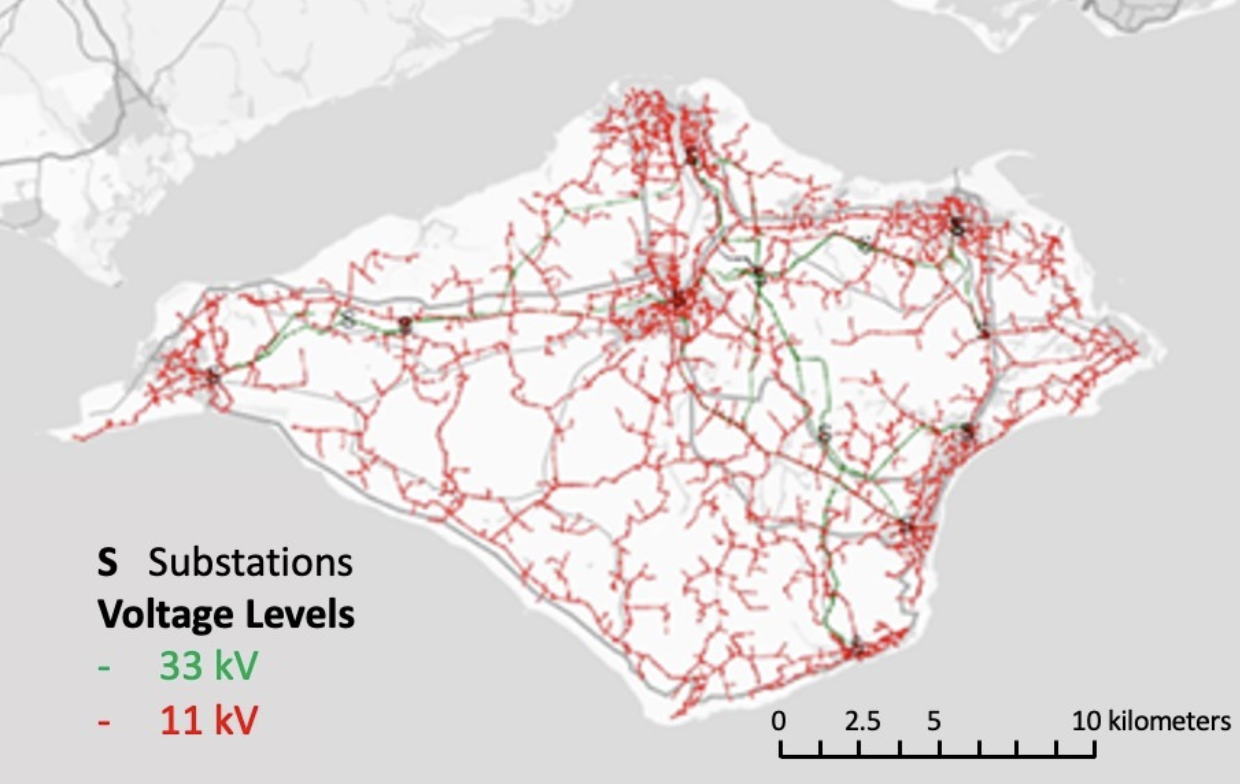 This research explores the possible options to reduce the rate of curtailment of low-carbon generators, which occur as a result of network constraints, on the Isle of Wight (IoW). The IoW is located off the south coast of England in the English Channel, 5 miles south of Southampton. It is connected to the UK mainland via three submarine 132 kV interconnectors (two working and one as backup for reliability purposes) with capacity of approximately 90 MW each.

Like many local authorities, the IoW Council wishes to reduce carbon emissions through increasing their low-carbon power generation from a peak capacity of 96 MWp in 2018 to eventually become self-sufficient in electricity from renewable sources. This is likely to be achieved mainly through large-scale deployment of solar photovoltaic (PV) farms connected directly to the utility network augmented with rooftop solar PV systems. A recent rapid increase in the IoW’s solar PV capacity (91 MWp) has led to both a temporal and seasonal mismatch between generation and demand. At certain times of the year, the IoW’s electricity network can no longer cope with the mismatch due to its thermal limits and so the Distribution Network Operator has been curtailing low-carbon generators to manage constraints. The highlighted network constraints are inhibiting the IoW Council’s aspirations to develop their renewable power generation portfolio.

Through developing a network model of the IoW, this research evaluates the potential options to reduce the thermal constraints on the electricity network by looking at opportunities for local consumption demands, energy storage systems, demand response strategies, electric vehicles and smart grid solutions. This will allow for continued development of renewable power generation for the IoW to become self-sufficient in electricity from renewable sources.

The resulting methods and concepts will be tested on real-world conditions and will not only support the IoW Council’s aspirations, but also have national and global applications as we make the transition to a low-carbon future.