The paper then uses the Irish CER electricity smart meter trial data to test the feasibility of inferring household attributes from consumption data. The results suggest that standard profile indicators can be used to predict employment status. 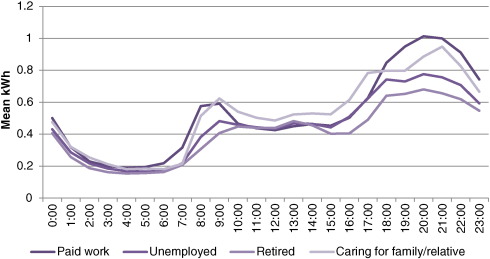 The paper also experiments with profile-based clusters and indicators of ‘habitual behaviour’ but finds that these do not add substantially to the power of the predictive models if household size and the presence of children is known from other sources (such as administrative data). However where such sources do not exist (or are not accessible to the analyst), the profile indicators offered a degree of predictive potential especially when membership of twenty four hour demand profile clusters was included.