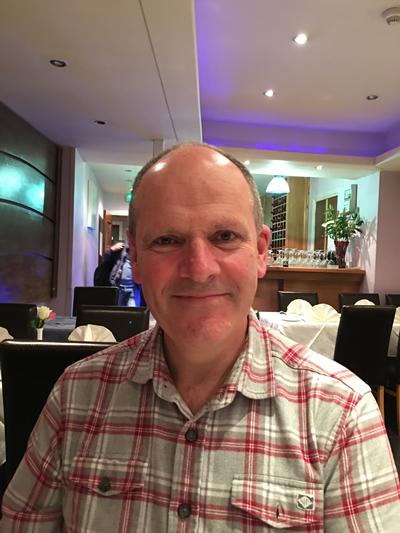 Professor Robert Nicholls is Professor of Coastal Engineering within Engineering and Physical Sciences at the University of Southampton.

Robert leads research and education in coastal engineering at the University of Southampton, including collaborating with colleagues in Oceanography, geography and Social Science. His research is focussed on long-term coastal engineering and management, especially the issues of coastal impacts and adaptation to climate change, with an emphasis on sea-level rise. This work occurs at all scales from local research in the Solent, up to global assessments. A major recent theme of research is the future of densely populated deltaic areas which are highly threatened in coming decades. He has also been involved in a number of international assessments, and in particular the Intergovernmental Panel on Climate Change (IPCC), who were awarded the Nobel Peace Prize in 2007. He was awarded the Roger Revelle Medal by the Intergovernmental Oceanographic Commission in 2008. This recognises ‘outstanding contributions to the ocean sciences by inspired researchers who communicate their knowledge and global vision of the challenges facing our Planet in order to shape a better future for humankind’.  Currently, he co-leads the World Climate Research Programme Grand Challenge on ‘Regional sea-level change and coastal impacts’ who organised ‘Sea Level 2017‘ at Columbia University in July 2017. He is also a member of the ASCE COPRI Coastal Engineering Research Council.

Robert’s research is mainly focussed long-term coastal engineering and management, especially the issues of coastal impacts and adaptation to climate change, with an emphasis on sea-level rise. A major recent theme is the assessment of the future of deltaic areas, which are the most threatened coastal setting in the coming century. In particular, he has been working with the Planning Commission of the Government of Bangladesh to support the Bangladesh Delta Plan 2100.

He has contributed to many national assessments such as the DEFRA-funded “Fast Track” assessments as the coastal expert, the Stern Review on the Economics of Climate Change, and led the coastal research theme in the Tyndall Centre for Climate Change Research which developed the “Coastal Simulator”. He continues to lead the Cities and Coasts theme of the Tyndall Centre.  He also contributed to the Foresight study of Flood and Coastal Defence and its update for the Pitt Review and participated in related UK missions to Russia and the USA.

He is one of the principal developers of the DIVA (Dynamic Interactive Vulnerability Assessment) which builds on his experience with the Fast Track Assessments. DIVA has been used in both research and in policy development. This includes input into the EU Green Paper on Adaptation, the UNFCCC 2007 paper on adaptation costs, the World Bank 2010 assessment of Economics of Adaptation to Climate Change, and the Asian Development Bank study of China, South Korea, Japan and Mongolia as well as recent papers on global erosion (2013), flooding (2014) and wetland change (2016). He has lead two recent OECD papers on climate change, including a global assessment of flood exposure in large port cities which was followed by a city risk assessment in 2013. He has also advised several national governments on adaptation in coastal areas, such as Singapore.

Recently he has been Principal Investigator/Co-Investigator on a number of major projects. He led the NERC-funded iCOASST Project (2012-2016) which concerned “Predicting Long-term Coastal Geomorphological Evolution” and is a partnership with the Environment Agency with application to flood and erosion risk management. He led the Ecosystems Services for Poverty Alleviation (ESPA) study on “Assessing Health, Livelihoods, Ecosystem Services And Poverty Alleviation In Populous Deltas” (2012-2016). This is based in coastal Bangladesh and results are being used to support the Bangladesh Delta Plan 2100, including the ESPA-funded Continuation Project from 2017 to 2108. It resulted in an open access book on integrated assessment of deltas. Presently, his main project is the IDRC / DFID funded project of ‘Deltas, Vulnerability and Climate Change: Mitigation and Adaptation‘. This researches vulnerability to sea-level rise and other drivers of change in the Volta Delta in Ghana, Mahanadi delta in India, and the Ganges-Brahmaputra-Meghna delta in Bangladesh / India.

His other active or recent projects are:

I am part of two international research groups coordinated by the International Energy Agency (IEA), Energy in Buildings and Communities (EBC) programme. These groups “carry out research and development activities toward near-zero energy and carbon emissions in the built environment.” The research activities are organised in subtasks, and focuses of the review of fundamental methods and models, the inception of new datasets and the implementation of methods in case studies. The research groups are also involved in the formulation of standards, regulations and codes, for example BS ISO 17772.

Robert is co-Director of MSc Engineering in the Coastal Environment (ECE) and the Southampton lead of the MSc Coastal and Marine Engineering and Management (CoMEM). Within the University, Robert is the theme champion the Society and Government theme in the Southampton Marine and Maritime Institute (SMMI) and also in the lead of the research group ‘Coastal Engineering and Management‘. He is also the Southampton lead at the Tyndall Centre for Climate Change Research where he is researches cities and coasts. Robert also is on the Editorial Board for Anthropocene Coasts.

Robert’s teaching involves undergraduate and postgraduate contributions to the Civil Engineering Programmes mostly focussed around coastal engineering issues, including Independent Projects (FEEG3003) and MSc Student Dissertations (FEE6012). He co-directs the MSc Engineering in the Coastal Environment with Dr. Ivan Haigh based in the School of Ocean and Earth Sciences at the National Oceanography Centre. He also leads the University of Southampton involvement in the Erasmus Mundus MSc Coastal and Marine Engineering and Management (CoMEM), which is led by NTNU (Trondheim) and also involves Delft University of Technology, UPC (Barcelona) and City University (London).